New Jewish immigrants kiss the ground during a welcoming ceremony after arriving on a flight from Ethiopia, August 28, 2013 at Ben Gurion airport near Tel Aviv, Israel. Over 400 Ethiopian Jews arrived on the flight to Tel Aviv, the last of a series of monthly flights that were part of Operation Dove's Wings, an Israeli government initiative to bring to Israel the remainder of the Falash Mura, members of the Ethiopian Jewish community whose ancestors converted to Christianity during the 19th and 20th century. Photo by Oren Nahshon 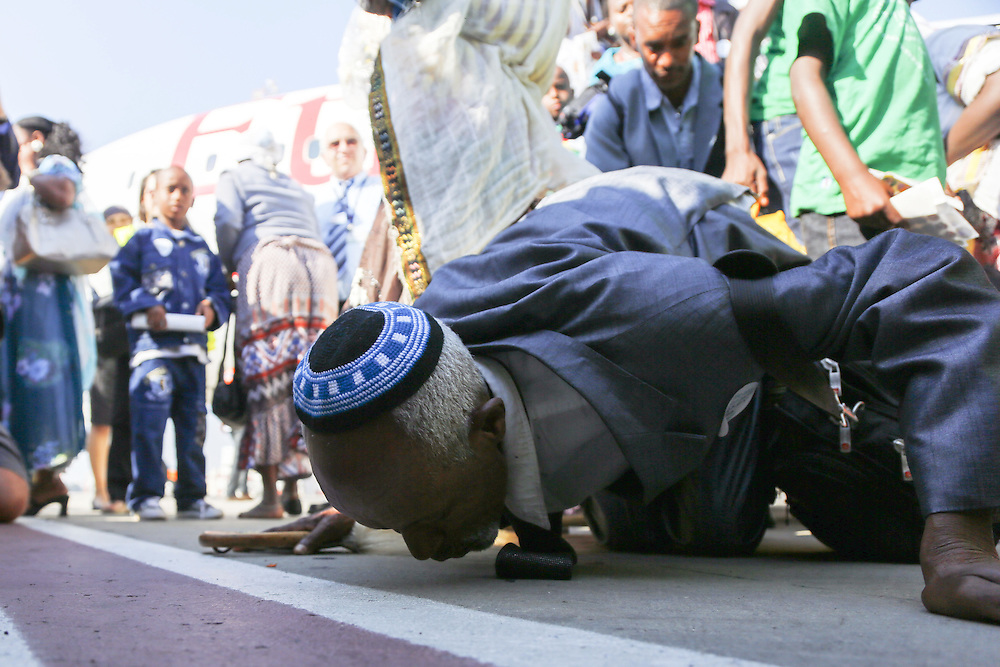