Israeli security officers take position during clashes with Palestinian protesters at a demonstration marking Land Day at Qalandiya checkpoint, near the West Bank city of Ramallah, March 30, 2012. Israel shut crossings into the occupied West Bank on Friday and reinforced patrols along its borders with Lebanon and Syria to try to thwart pro-Palestinian rallies around the country. Land Day marks the annual commemorations in Israel of the killing by police of six Arab citizens in 1976 during protests against land confiscations in northern Israel's Galilee region. Photo by Oren Nahshon. 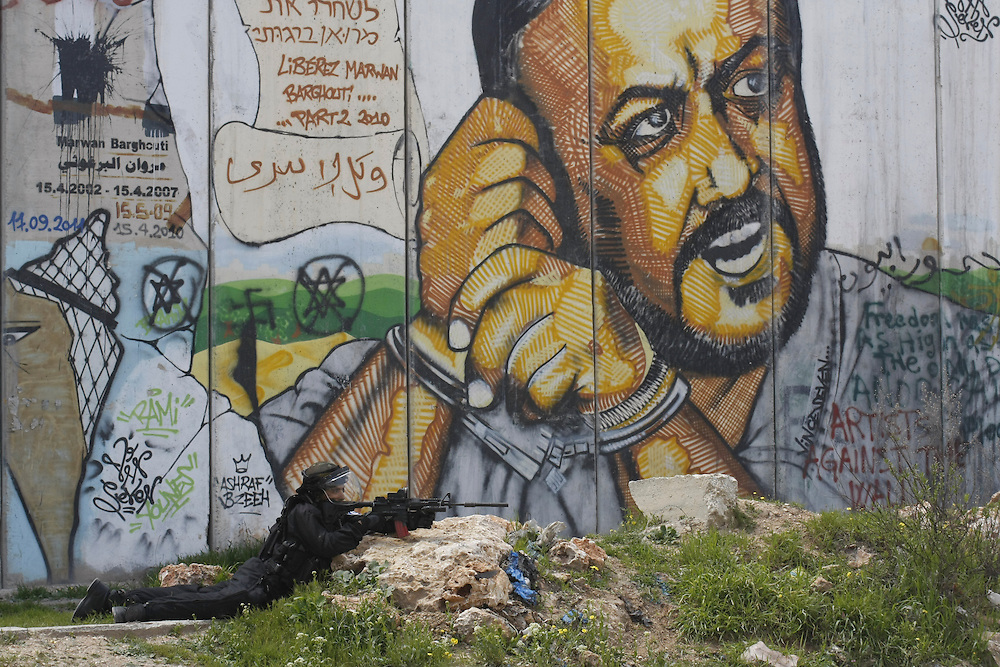