Ultra Orthodox Jewish, some wearing costumes, seen walking in the streets of a ultra orthodox Jewish neighborhood, during the Jewish holiday of Purim. The Jewish holiday of Purim commemorates the Jews' salvation from genocide in ancient Persia, as recounted in the Book of Esther which is read in synagogues. Other customs include: sending food parcels and giving charity, dressing up in masks and costumes, eating a festive meal, drinking alcoholic beverages and public celebration. March 17, 2014. Photo by Oren Nahshon 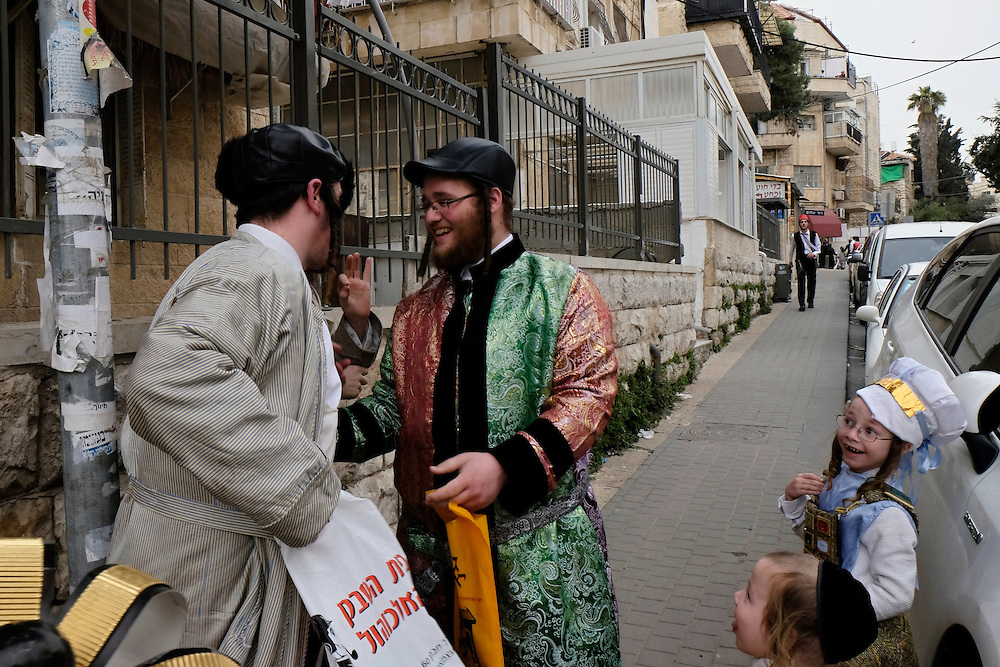