Palestinian activists set up on January 11, 2013 an "outpost" named Bab al-Shams ("gate of the sun") in the Israeli-occupied West Bank , between Jerusalem and the Jewish settlement of Maale Adumim, in an area Israel said it would build thousands of new settler homes. Six weeks ago, Israel announced plans to build thousands of settler homes in the largely uninhabited E1 area, in a move which sparked a global outcry. E1 falls within Area C of the West Bank which is under full Israeli civilian and security control and where Palestinians find it almost impossible to obtain building permits. January 12, 2013. Photo by Oren Nahshon 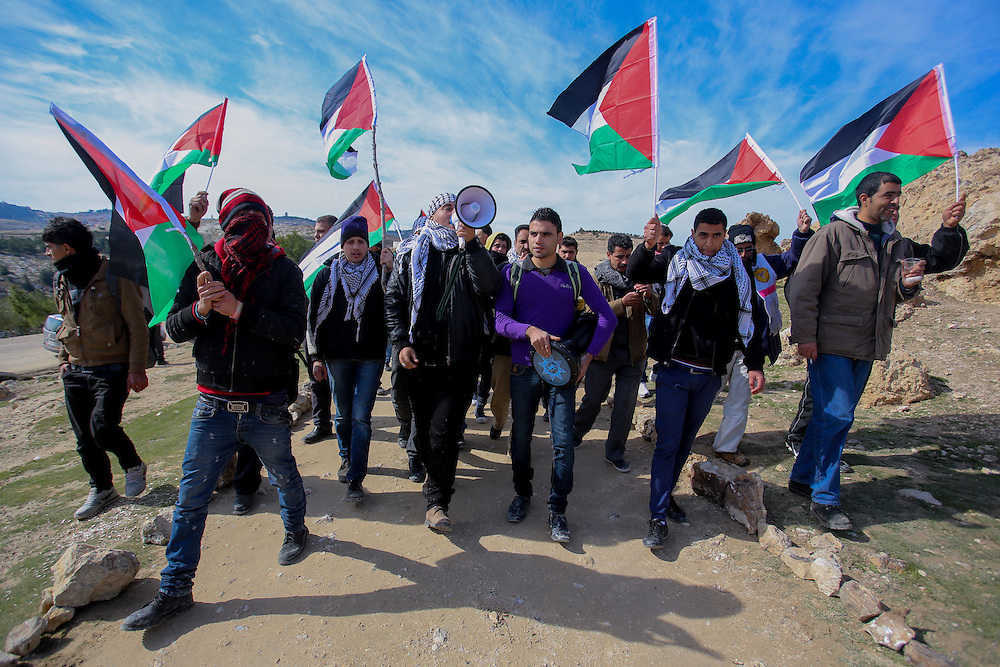