Christian Orthodox nuns holding candles and flowers walk on August 25, 2013 along the narrow streets of Jerusalem's Old City in a religious procession marking the Dormition of the Theotokos (God-bearer) which commemorates the Virgin Mary. Thousands of Christian Orthodox clergy and pilgrims took part in the early morning procession, an annual event during which Orthodox believers carry an icon of the Virgin Mary from the Church of the Holy Sepulchre to Mary's Tomb Church, located on the foothills of the Mount of Olives, near Gethsemane garden, which is regarded as the burial place of Virgin, according to Christian tradition. Photo by Oren Nahshon 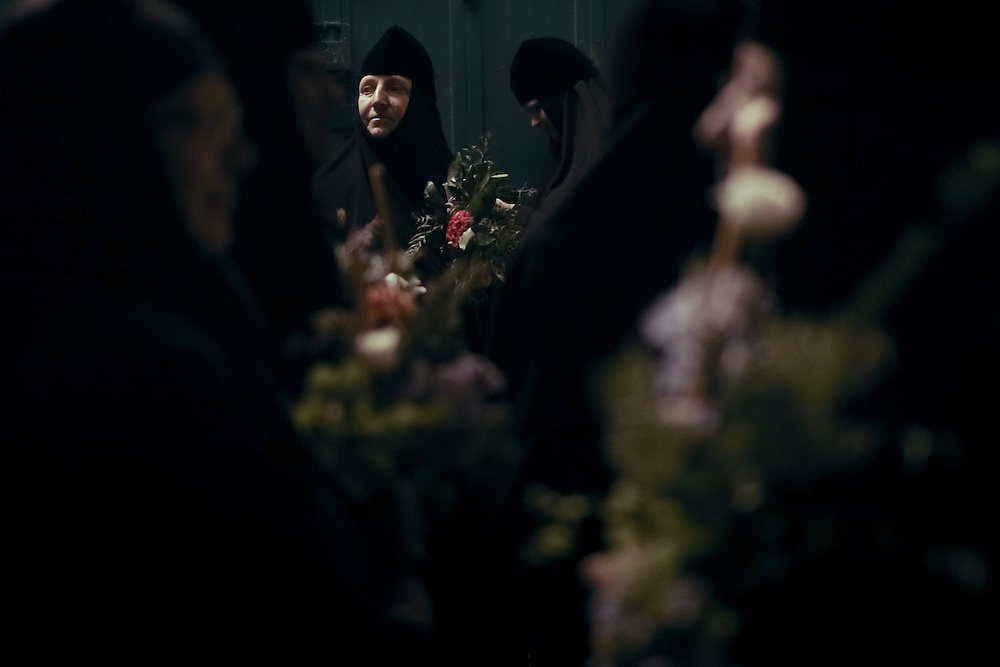