Iron Dome battery near Jerusalem, Sunday, Sept. 8, 2013. The Israeli military has deployed an "Iron Dome" missile defense battery in the outskirts of Jerusalem. Israel is concerned that Syria, or a group allied with the regime like Hezbollah in Lebanon, could launch missiles at Israel if the U.S. attacks over its alleged use of chemical weapons against civilians. Even though Israel believes it unlikely that Syria will attack the Jewish state, it is making preparations just in case. The Israeli military refused comment, citing operational protocol. Photo by Oren Nahshon 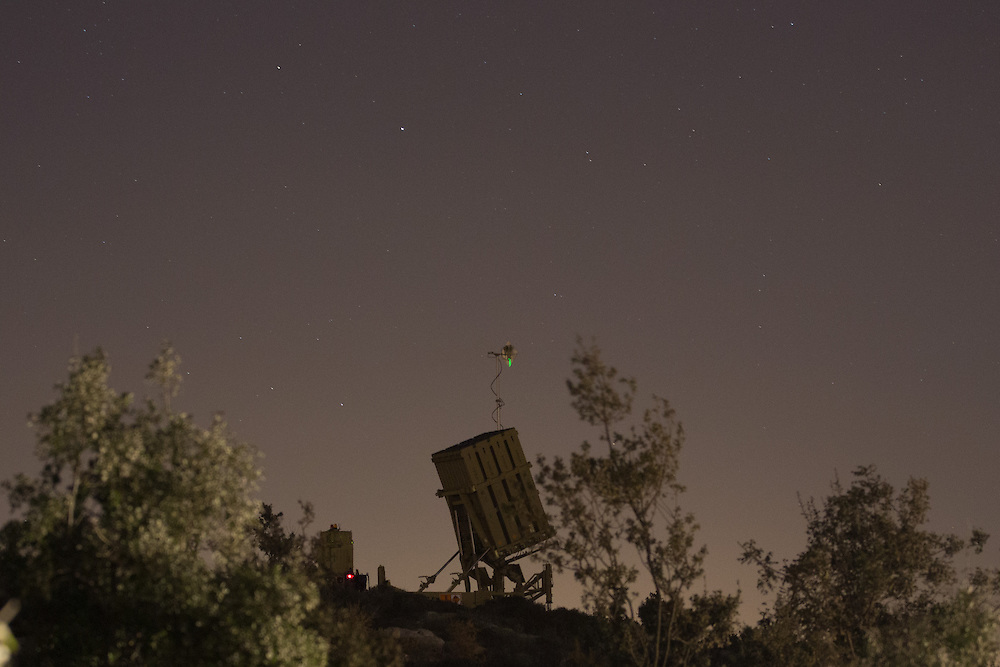